Last week, high-ranking Democrats and progressives everywhere formally acknowledged the one-year anniversary of the January 6 attack on the Capitol.

For the purposes of this article, I’m going to use the word “attack” very loosely, almost as loosely as I use the word “acknowledge” to describe what top Democrats and their media allies have been doing on the subject of the capital debacle.

Because, in the truest sense, what Democrats did last week was not bravely acknowledging what took place in the aftermath of the 2020 election. Rather, they celebrated and continue to celebrate its occurrence, and for good reason. I wrote at the time that the event was sure to be a boon for those on the political left.

After all, Democrats couldn’t have received a better PR image than the sight of masses of people clad in red MAGA hats and flags running into a government building seemingly sounding the drums of war. Keep in mind that for the entirety of Donald Trump’s presidency, the left consistently framed all of his supporters as dangerous, insane bigots whose primary goals were to terrorize minorities and destroy the noble Democrats that stood in their way.

Up until January 6, the left had few instances of right wing political violence on such a massive scale to point their fingers at to drive their case home. It was a rare gift that no one in the Democratic Party was going to turn down or examine in any honest way, as evidenced by their dishonest televised display last week.

During Democrat’s January 6 memorial, they made all sorts of disingenuous comparisons to truly awful events, such as 9/11 and Pearl Harbor, that are too overbroad and ridiculous to be taken seriously.

That’s not to say that what happened on January 6 should be celebrated as a wonderful thing. One can honestly stand on principle and say that the rioters that forced their way into the capital, under the foolhardy presumption that they were helping save the Republic and prevent an election from being stolen, should be condemned.

And, indeed, they are being condemned since many of them are facing prison time and other harsh penalties for a misguided stunt that ultimately helped no one but Democrats and provided ammunition for leftist arguments and a cover for their policy failures.

As with everything in life, context matters and in the grand scheme of things it’s helpful to remember that January 6 did not happen within a vacuum.

The events of January 6 happened as a result of decades of growing polarization between the political parties. That polarization, though fueled by politicians on both sides of the aisle, has been made exponentially worse by the legacy media which has overwhelmingly decided to throw their lot in with the Democratic Party. As a result, the minority of remaining news outlets has all reacted in kind, creating deep divisions within the American people, who still look to those outlets to make sense of the world.

As the left has become the most dominate force in American culture, so too has their propensity towards violence become more normal.

During the Trump years, it became increasingly popular for leftists to attack those wearing the former president’s apparel in public. It also became a recurring phenomenon of progressive business owners refusing to serve Trump affiliated employees, such as what happened with Sarah Huckabee Sanders, and tossing them out to the cheers of the Internet and late-night comedy hosts.

Fast-forward to the tumultuous year of 2020, the year of the George Floyd racial riots.

During the summer Democrat politicians and left-wing television hosts cheered and encouraged violence in America’s major cities. All in all, billions of dollars worth of property damage was done, hundreds if not thousands were injured, and few of the perpetrators were arrested.

Remember that during many of these riots, the soon-to-be Vice President of the United States, Kamala Harris, took to social media and asked followers to contribute to the Minnesota Freedom Fund in order to help the few jailed rioters post bail.

Keep in mind this atmosphere as you consider what happened on January 6. While it is fair to say that everything mentioned above is ugly, context and history matter.

While it’s true that President Trump’s prevarications about the election helped spur on the most zealous of his followers into foolish action, they could not have been motivated to do so without the knowledge of the prior year’s riots and the decades of unceasing gas lighting from a media complex that openly despised them.

For decades, the media and progressives have lied about America for their own gain and as they’ve secured victory after victory, they’ve created a toxic environment that has only gotten worse with time. Even if you happen to agree that the ‘insurrection’ was a terrible event for the country, do not allow Democrats to pretend as if they had little to do with its creation.

More importantly, do not buy into their false lamentations over the rise in acceptable political violence that they helped create.

For Democrats, January 6 is simply a tool, a grand political vehicle that they hope to use in order to obscure their own failures and hopefully change the tide of the coming midterms.

Washington County native Arthur Howell is a staff writer at The Beacon. He can be reached via email at arthur@roanokebeacon.com.

County OKs sale of two properties
School is in session, monitor for COVID 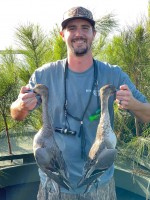