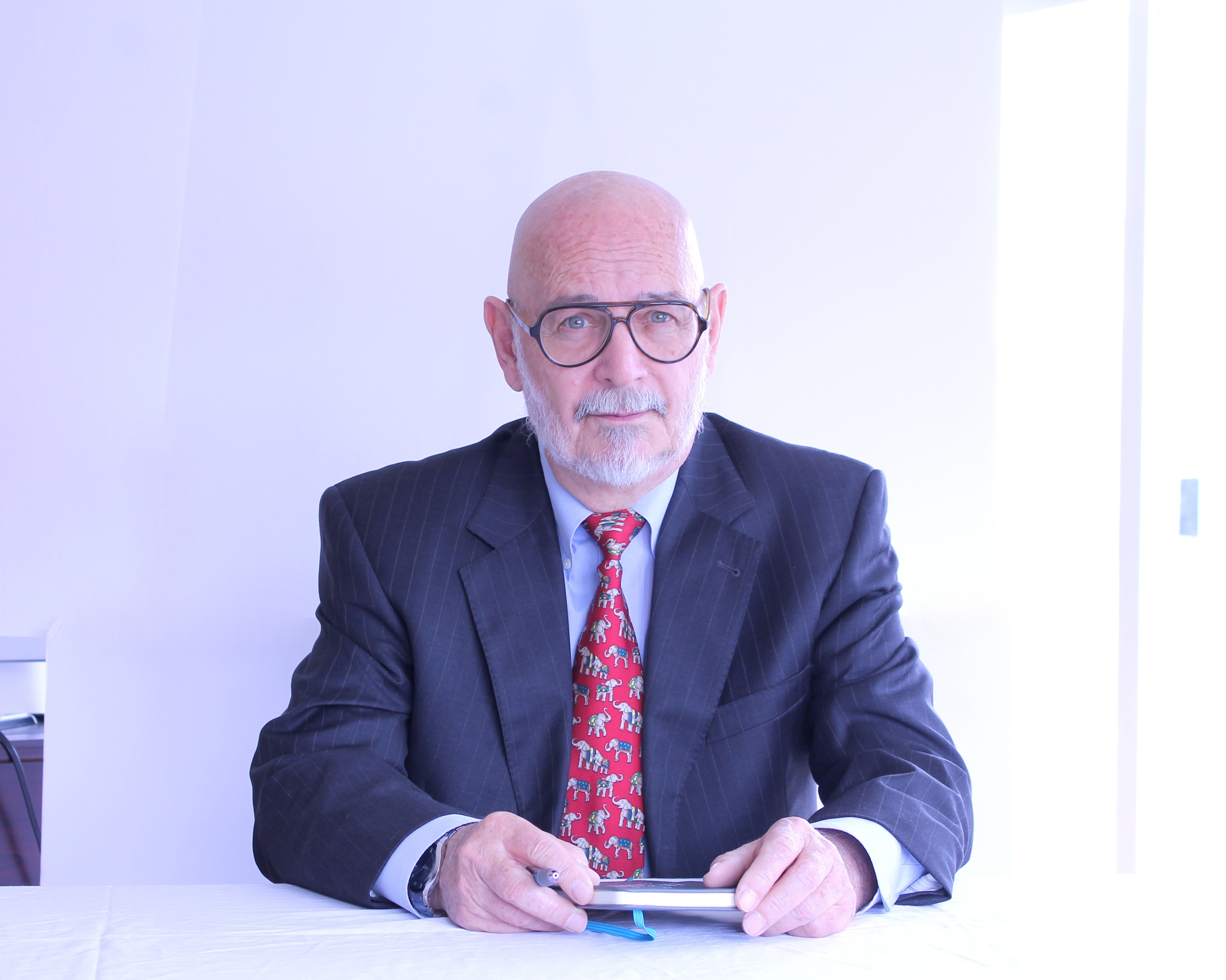 Special to The Beacon

Well, obviously, a lot. But let us focus on reproduction today.

If countries/nations do not produce enough people, their populations shrink. If they shrink beyond a certain point, they cannot recover, and the population of the country or nation will disappear. So, this is really crucial. If your population disappears, all other problems won’t matter much. Right?

Let us take a look at the demographic situation of the world at this moment. It is quite obvious that, at least in the so-called Western world, women overwhelmingly refuse to play their traditional role as birth giver, nurturer of the newborn, and caretaker of small children. Instead, they call their desire to have sex without consequences “reproductive health”, as if becoming pregnant were equivalent to contracting a disease.

We live in a time when contraceptives for both sexes have become available at low or no cost for virtually everybody. Then we have the pill for the day after. One would assume that all women (and I mean a human whose body naturally produces fertilizable human eggs) understand that having sex with a man (and I mean a human who naturally produces and ejaculates sperm) could lead to pregnancy, but the way many women behave seems to suggest that they do not understand this basic biological circumstance.

Whether prevented or aborted, the fact remains that Western women overwhelmingly and increasingly reject the idea that the female anatomy is designed to conceive and bear children. Likewise, men seem to reject the idea that the male anatomy is designed to sire children. This is, I suspect, why women increasingly turn into what I can only call “combat lesbians” and men increasingly turn into girly men who are noticeably afraid of aggressive and combative women and therefore prefer to be gay.

Medical science tells us that, over the past 50 years, sperm counts in men worldwide have decreased between 40 and 65% (41% in the USA). Could Covid possibly have accelerated this phenomenon? Is masculinity bashing at fault? I do not know. All I know is that men are losing their fertility and too many women do not want to have babies.

What does this mean for planet earth? Let’s look at some countries.

In 2023, India will become the world’s most populous country and China will fall back to place two. With 20% Muslims, India will also become the country with the most Muslims. How will this play out for the permanent conflict between Hindus and Muslims? My hunch is: not well.

Japan’s population will be aging fast, which will cause problems for Japan’s military. Male Japanese of recruitment age (18-26) will be dwindling. Between 1994 and 2015, Japan’s population in that age bracket shrank by 11 million (40%). Soon, Japan will no longer be able to fight a war. The same is true for South Korea whose army will shrink this year from currently 600,000 to barely 500,000.

Taiwan’s population is currently 23.9 million. By 2050, Taiwan will only have approx. 20 million inhabitants, a loss of over 16%, with the average age rising from 39 to 57. Maybe the Communist Chinese won’t have to invade. They can just wait.

By contrast, Yemen, in 2050, will have twice the population growth of Italy in spite of its civil war. The population of north-central Africa will grow to 330 million, seven times what it was in 2000. Egypt will reach 190 million. Algeria’s population will grow from its current 42 million to 72 million, most of which will probably migrate to Europe. Morocco will grow from 36 million to 43 million.

The population of Europe, including, Russia is currently (2020) about 748 million, 447 million of which live in the European Union (2021). This represents a decline of one million vs. 2020. And the immigration pressure from Northern Africa and even from sub-Saharan Africa keeps growing.

Will countries like Poland, which is attempting to shut off its borders and keep out the African immigrants, eventually collapse? By 2050, Romania will have lost 20% of its population through attrition, Moldovia 20%, Lithuania 17%, Croatia 16%, Hungary 16%.

When the Soviet Union collapsed, Serbia had 8 million inhabitants. It is now down to 7.2 million and could be down to 5.8 million by 2053. Over the same period the population of Lithuania could drop from 3.8 million to 2.2 million, that of Latvia from 2.7 million to 1.4 million.

In Germany, currently, 22 million people (over 25% of the entire population) are from another country or have parents who were born outside Germany. Like the USA, Germany has a problem with illegal immigration. Illegal immigrants enter by the millions and are immediately entitled to solid social and medical services without ever having paid a penny into the system. And Germany is supposed to remain an “open immigration” country. No borders, no control, but full service for all newcomers. This will destroy not only Germany but also Europe, in the long run.

Says the German writer Uwe Tellkamp: “While I respect other cultures, I would still like to preserve mine. I do not want to be like Frankfurt.” Frankfurt is the first major city in Germany where the majority of the population is no longer German.

Is the Western world running out of people? Just look at Russia. The largest country on this globe, rich in resources, yet dying because its Russian population is fast shrinking, with only its Muslim population still growing. Could the invasion in Ukraine have partly been motivated by Russia’s fear of running out of people? Even the Pravda is asking: “Will Islam be Russia’s dominating religion by 2050?” Some Eastern European politicians are already speculating about Russia’s eventual demise and disintegration. In the early 80s, the Soviet KGB had predicted that the USA would fall apart in the early years of the 21st century – now it looks like Russia might disintegrate before the USA.

If Russia does indeed disintegrate, the result would likely be a number of waring Islamic Caliphates armed with nuclear weapons and China might make another move to annex Russian territory in the East. China tried in 1969 but was repulsed by the Soviet Union. Russia may regret that they just recently opened up a railroad bridge between Russia and China across the Amur River. All of the above are harbingers of bad things to happen.

According to the British news magazine the Economist, by 2050, the Congo, Egypt, Ethiopia, India, Nigeria, Pakistan, the Philippines and Tanzania will all have more inhabitants than the USA or than Europe. Islam will overtake Christianity as the world’s largest religion. Soon, the Islamic population of the European Union will reach 75 million, more than the combined populations of Denmark, Austria, Hungary, Greece, Belgium, Holland, Portugal and Sweden in 2022. When I was 20 years old, there were about a dozen mosques in France and in Germany. Today, France has over 2,200 mosques and Germany has over 2,500.

For the foreseeable future, the USA will be the only major Western country with a growing population. Ironically, thanks to illegal Latino immigration, but no thanks to Planned Parenthood, Women’s Lib, or the LGBTQ crowd.

If our government goes ahead with legislation that will eliminate all tax reductions for married couples consisting of a natural man and a natural woman, you may safely assume that our birth rates will fall off the cliff.

Should we actually succeed in curbing illegal immigration (perhaps with Trump winning in 2024), we would also have to persuade American women to have more children, or our population would still disappear – just like those of Europe. We would have to find out how we can bring the sperm count in men back up again and how to motivate women to again accept the role of life giver and child bearer as their main purpose in life. Sounds all rather improbable and depressing, doesn’t it?

In consideration of our current brainwashing system for the young (falsely called “education”), I somehow doubt that we can achieve a cultural trend reversal through gradual the implementation of improvements.

Perhaps, a cultural counter-revolution could get it done. Maybe we should try that. Listing to Santiano’s “Songs of Freedom” might be a good start. The next step is Trump 2024.

GOP must be prepared to make the tough decisions